Today we’re looking at the legality of CBD oil products in Kentucky. As it turns out, in 2022, Kentucky, being a very strong agricultural state, has been one of the more forward-thinking states when it comes to hemp and hemp-derived products such as CBD-rich hemp extracts.

In fact, it was Kentucky Senator Mitch McConnell who lead the charge in Washington to divorce hemp from the definition of marijuana and remove it from the Drug Enforcement Agency’s list of controlled substances, effectively ending the federal prohibition of hemp after some eight decades since it was last considered legal.

Now, 2022 is becoming an exciting year for the CBD market.

While the U.S. FDA continues to drag its feet on setting up CBD regulations, the CBD market in Kentucky continues to mature and evolve. CBD use actually declined slightly in 2020. However, CBD gained in popularity again in 2021, with pharma and cosmetics companies also began taking more interest in developing CBD-derived products for both medicinal and supplemental use.

More and more CBD-infused products are being released each day. CBD can now be found in a vast array of oils, tinctures, concentrate, capsules, topical solutions, lip balms, lotions, and edibles of all ilk.

All totaled, consumers spent about $3.5 billion on CBD products in 2021.

What Are Kentucky's Current CBD-Oil Laws?

Is CBD oil now legal in Kentucky? Surprisingly, the answer is still, “it depends.” There are actually two ways to make CBD oil. One is legal in Kentucky and the other is not. CBD oil derived from hemp, which is defined as cannabis strains which produce less than .3 percent THC, is cool with Kentucky officials. However, cannabinoid-rich oils derived from strains rich in THC fall under the state’s harsh marijuana laws. THC is the compound produced in marijuana which causes intoxicating effects.

Moreover, there is some controversy about the products to which CBD may and may not be added. Those decisions fall under the purview of the U.S. Food and Drug Administration. The agency is still digesting the new federal legal status of hemp and trying to determine what’s kosher and what’s not when it comes to different CBD products such as CBD oils and tinctures, CBD skin creams and pain creams, CBD capsules, CBD edibles, vape oils, and so on. The agency is still unpacking the issue and says they’ll have more guidance before the end of the year.

The Legalities of Hemp CBD Oil vs Marijuana

We briefly touched on the fact that in order for a strain of cannabis to be considered hemp it must contain less than 0.3 percent THC by weight. But what is cannabis? And what is THC? For that matter, what is CBD? Let’s start from the top.

Cannabis is a plant that has been growing wild for eons and has been cultivated by humans since well before the dawn of civilization for both functional and medicinal purposes, and as a valuable food source.

The stalks of the hemp plant produce strong fibers that can be used to produce a myriad of products including rope, cloth, and building materials. Today we use hemp byproducts to produce goods such as biofuel, a carbon-neutral fuel, and hempcrete, a more environmentally-friendly type of concrete.

The seeds of the cannabis plant are extremely nutritious and high in proteins, amino acids, and beneficial oils. The oils made from seeds are technically referred to as hemp seed oil, or just hemp oil. It’s important to understand that hemp oil and CBD oil are not the same product. The oils derived from hemp seeds contain no cannabinoids — neither THC, nor CBD.

Aside from the stalks and seeds of the plant, there is another extremely useful part — the plant’s resinous flower clusters. The resins produced by cannabis flowers contain scores of medicinally active compounds including THC and CBD as well as other cannabinoids. Cannabis flowers also contain oily compounds known as terpenes which give the plant its pungent aroma and strong flavor and provide medicinal benefits of their own.

While hemp production is regulated by the state, marijuana remains an illegal controlled substance in the state of Kentucky. This may change soon, however, as a bill was recently introduced by state lawmakers which could create a regulated medical marijuana program in the state. The bill is still being batted around and not being passed without a fight from prohibitionist legislators.

The Kentucky House Judiciary Committee held a vote on House Bill 136 on March 6, 2019, which passed the committee by an overwhelming vote of 16 to 1. However, the House adjourned the following week without taking action on the bill. There’s still hope that the bill will be resurrected and passed in 2021.

Support for medical cannabis has been growing for several years in the state of Kentucky. Gov. Matt Bevin, himself, who was elected governor in 2015 has expressed his support for legalizing medical marijuana and has repeatedly stated his willingness to sign a bill if it reaches his desk.

Until such time as a medical marijuana bill is enacted in Kentucky, the possession of marijuana or cannabis oils made from marijuana is illegal. If you’re caught with under eight ounces (which is quite a lot, actually — many thousands of dollars worth) you risk spending 45 days in jail and being subject to a $250 fine. If you’re caught selling marijuana that’s another story altogether. Trafficking charges involving under eight ounces are punishable by up to a year in prison and up to a $500 fine. Possession of over eight ounces pushes the penalties up to five years in prison and $10,000 in fines. Also, be aware that just possessing pot paraphernalia is a Class A misdemeanor punishable by up to one year in prison and fines up to $500.

It’s also worth mentioning that back in 2014, then-Gov. Steve Beshear signed legislation that was intended to allow medical patients to use CBD if directed by a physician. Interestingly, the legislation applies only to epilepsy and excludes the vast majority of diseases which have been shown to respond to CBD from the list of qualifying conditions.

CBD products were then declared legal in the state of Kentucky back in 2014 pursuant to state statute 218A.010 (link below). However, in early March of 2019, a proposed bill called Shauna’s Law was proposed to protect public workers taking CBD from retaliation from their employer. The bill was named after Shauna Staton, an EMT in Powell County, Kentucky who was using CBD for pain relief. After taking a drug test, county officials accused her of marijuana use and fired her. After filing an appeal, Staton got her job back. The law lays out an appeal process for all public employees in drug-free work environments who fail a drug test.

In order to produce CBD from hemp, there are a number of steps, and each step along the way produces a more and more refined product.

The initial extraction of the essential oils from the flowers of the female hemp plant produces a product known simply as hemp extract. This raw extract then undergoes a filtering process to remove chlorophyll, solid particles, and waxes producing a much more palatable product that is rich in cannabinoids and terpenes. This product is often added to a vegetable oil base such as coconut oil to produce the most common CBD oil products.

The refined extract can then be distilled further to produce a CBD-rich concentrate which can be added to products such as topical creams. Taken to its final conclusion, the distillation process can produce over 99% pure CBD. This product is odorless and colorless and ideal for adding to foods, however, at this stage, the product is devoid of other beneficial compounds such as terpenes.

One thing that’s important to keep in mind is that the legal status of pure CBD is still in limbo. Back in 2018, the FDA approved a drug called Epidiolex for the treatment of certain cases of epilepsy. It’s unclear whether or not that means pure CBD itself is now considered a drug. If this is the case then products containing pure CBD might be regulated like other other-the-counter medications or even prescription pharmaceuticals.

For example, the human body produces an endocannabinoid compound called anandamide the purpose of which is to modulate the production and uptake of a hormone known as serotonin. Serotonin often referred to as “the bliss molecule” or the “happy hormone” is, in turn, responsible for regulating moods. Many patients suffering from depression and anxiety show reduced levels of serotonin. By supplementing the body with CBD, serotonin levels can be raised and mood can be improved. This is just one example of the power of phytocannabinoids.

Additionally, CBD acts upon other molecular pathways in the body in different ways. Some of the medicinal properties attributed to CBD include the following:

Where To Buy CBD Oil In Kentucky

Since hemp products have been legal for some time in Kentucky there are countless boutiques and shops that carry CBD oils and CBD infused products. Although the FDA has specifically warned that CBD is not approved as a food additive, many of these shops sell products such as CBD gummies and capsules.

A myriad of CBD products can also be ordered online — everything from CBD honey to CBD cake pops, CBD-infused beverages, and even CBD cotton candy and popcorn. Online shops often offer a much wide array of products than brick and mortar shops.

The bottom line is that unlike those less fortunate folks in states where CBD is still prohibited, Kentuckians may purchase and use CBD oils produced from hemp without fear of legal ramifications. The same cannot be said for oils produced from marijuana. 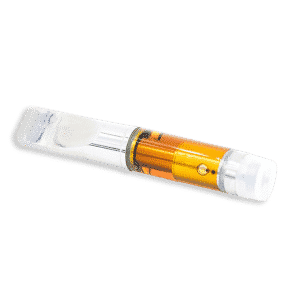 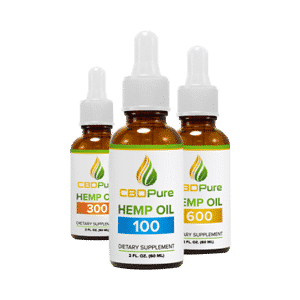 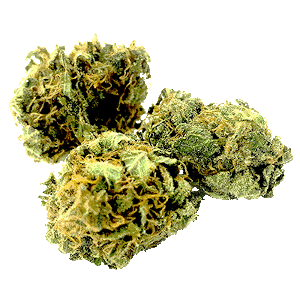