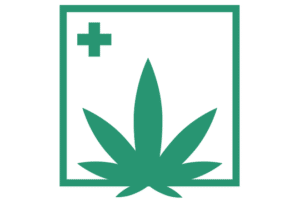 How Medical Marijuana Is Being Used To Treat Glaucoma

Glaucoma was one of the first medical conditions officially treated with cannabis after studies indicated marijuana’s efficacy in relieving glaucoma. Since the early seventies, cannabis has achieved almost mythical status for its effectiveness at reducing intraocular pressure.

At present, twenty-seven U.S. states consider glaucoma to be a qualifying condition for a medical marijuana prescription.

The onset and progression of glaucoma are the results of increased intraocular pressure — the pressure of the fluid in the eyeball. The increase IOP is associated with damage to optical nerves at the back of the eyeball.

Eventually, glaucoma leads to total blindness. The only way to prevent the eventual loss of vision is to drastically decrease the pressure in the eye and lower IOP levels.

Glaucoma is considered by many in the medical community to be a neurodegenerative disease with a distinct connection to Alzheimer’s disease. The exact cause of the disease remains a mystery. However, studies suggest that glaucoma may, in fact, be a significant predictor of Alzheimer’s.

How glaucoma helped open the door to legal medical marijuana

Glaucoma actually played a leading role in legitimizing the medical use of marijuana. It was one of the first medical conditions for which researchers were able to prove the plant’s efficacy in reducing IOP.

In 1974 a twenty-four-year-old man named Robert Randall was diagnosed with advanced glaucoma. Randall often experienced halos around lights due to high intraocular pressure. He discovered, after self-medicating with marijuana that the halos disappeared for several hours after smoking the herb.

Being convinced of the healing powers of the plant, Randall was compelled to cultivate his own marijuana for the sole purpose of treating his condition. He was subsequently arrested on possession and cultivation charges. He was facing a potential decade-long prison sentence.

During the trial, the young man convinced the judge that he only grew cannabis to relieve the symptoms of his glaucoma. Ultimately he won the trial which came to be known as a landmark court case.

Medical marijuana is still considered a valid treatment for the symptoms of glaucoma and remains a qualifying condition for a medical cannabis prescription in multiple states.

States that recognize glaucoma as a qualifying condition:

The human body contains an innate chemical signaling system known as the human endocannabinoid system. The ECS is believed to be one of our most vital physiological systems. The ECS is responsible for modulating hormone levels, pain response, immune and inflammatory responses, and much more.

Phytocannabinoids such as THC, CBD, and CBG found in medical marijuana are known to elicit the same neuroprotective and anti-inflammatory responses as the body’s own endocannabinoids. In fact, ocular tissues contain abundant cannabinoid receptors responsible for regulating intraocular pressure.

Studies on medical marijuana for glaucoma

Early studies into the effects of cannabis on glaucoma showed promising results.

In a 1998  study by Clinical Sciences titled, “Marijuana Smoking vs Cannabinoids for Glaucoma Therapy” (by Keith Green Ph.D., DSc) some patients suffering from primary open-angle glaucoma were administered marijuana in a smokeable form. Seven out of the eleven participants indicated a 30 percent reduction of IOP after smoking marijuana. Here is an excerpt from the study:

“Studies in patients with primary open-angle glaucoma (POAG) indicated a reduction of IOP in 60% to 65% of the population after marijuana smoking or Δ9-THC ingestion. Seven of 11 patients in 1 study showed a reduction in IOP of about 30% after smoking 2% marijuana cigarettes. More quantities of oral drugs or marijuana were needed compared with inhaled drugs, presumably due to the poorer absorption by the former route. Different cannabinoids reduce intraocular pressure (IOP) in about 60% to 65% of humans, and marijuana and Δ9-THC (inhaled or taken orally) also decrease IOP in the same percentage of nonglaucomatous volunteers and of volunteer patients with glaucoma. Orthostatic hypotension and 50% decreased lacrimation occur quickly after inhalation of 2% Δ9-THC cigarettes.”

Researchers at the National Eye Institute concurred that THC appeared to lower IOP. Although the effects only relieved the pressure for three or four hours, which was considered a major drawback.

Another study showed that topical application of THC directly on the eye does not lower IOP. One double-blind, placebo-controlled study using an oil-based vehicle for THC yielded poor results with no cessation of IOC. The THC topical application also caused ocular irritation.

Is medical marijuana a good option for treating glaucoma?

Many medical professionals are extremely concerned about the large amounts of cannabis required to obtain significant relief from glaucoma symptoms. It’s estimated that to effectively manage glaucoma symptoms 24/7, patients would have to smoke up to eight to ten joints per day.

Cannabis consumption in such volume can also cause tachycardia and decreased blood pressure, ultimately reducing blood flow to the optic nerve thus making matters worse. For this reason, it’s critical that glaucoma patients that use medical marijuana do so under the care of a qualified ophthalmologist.

Craig J. Chaya, MD, a renowned glaucoma specialist is skeptical when it comes to the long term use of cannabis for IOP and believes that glaucoma “needs to be treated 24 hours a day, so you would need to smoke marijuana six to eight times a day, around the clock to get the benefit of a consistently lowered IOP. Smoking so much of it daily would leave you too impaired to drive, or operate equipment, or function at the peak of your abilities,” says Dr. Chaya.

Although medical marijuana can help to control the damage caused by glaucoma, it cannot replace traditional treatments that offer continuous relief. Additionally, the cost of such a regimen would also be highly prohibitive, costing up to $8,000 annually.

Patients who use marijuana to treat glaucoma are urged to use cannabis strains or edibles that are low in THC and high CBD.

For patients suffering from glaucoma, smoking and eating medical marijuana top the list as the most effective delivery methods for relief of symptoms. Smoking and vaping cannabis induce almost instantaneous results. Edibles can take up to ninety minutes to take full effect, depending on body weight and the potency of the strain used in the product.

Here is a list of delivery methods available at most dispensaries and online services that are appropriate for treating glaucoma:

Here are some of the medical marijuana strains that are known to be effective at reducing IOP and are recommended for the treatment of glaucoma:

At present, many thousands of glaucoma patients swear by the daily use of medical marijuana to relieve their symptoms and slow the progression of glaucoma.

Doctors who recommend the use of medical marijuana generally advise patients to use it as an adjunct to their regular medication, not their primary treatment, and to do so under the care of a qualified physician.

Hopefully, as more research is carried out, the development of cannabinoid-derived medications to treat glaucoma will become a distinct and promising possibility.