While the U.S. FDA continues to drag its feet on setting up CBD regulations, the CBD market in Oklahoma continues to mature and evolve. CBD use actually declined slightly in 2020. Experts attributed this to pandemic-related factors such as factory and warehouse shutdowns. However, CBD gained in popularity again in 2021.

All totaled, consumers spent about $3.5 billion on CBD products in 2021. Some of the CBD companies seeing great success are ENDOCA, Folium Biosciences, Elixinol, and Isodiol.

With that momentum, 2022 is shaping up to be an exciting year for the Oklahoma CBD market. 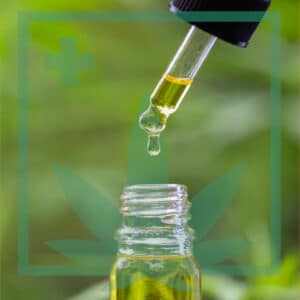 Pharma and cosmetics companies are taking more interest in developing CBD-derived products for both medicinal and supplemental use.

More and more CBD-infused products are being released each day. CBD can now be found in a vast array of oils, tinctures, concentrate, capsules, topical solutions, lip balms, lotions, and edibles of all ilk.

As more and more deep pocketed companies take interest in the CBD industry, more and more money is being spent on studies to determine the effectiveness and safety of CBD in treating a wide array of medical conditions.

Studies undertaken in 2021 have shown that CBD is associated with behavioral improvements in children with autism, may be useful in treating brain cancer, and is useful for relieving pain, reducing anxiety, and improving sleep. Also, a study out of Switzerland presented data that suggest that smoking CBD-rich cannabis flower does not impair driving skills. Moreover, data presented in one report suggest that 71% of participants in a study experienced improvements in their health and well-being.

Is CBD Illegal In Oklahoma?

Regardless of all the good news, the FDA has yet to approve CBD as a supplement. However, four members of the U.S. House of Representatives have introduced a bill that would create a national regulatory framework using CBD as a food and beverage additive. If it passes, the “CBD Product Safety and Standardization Act of 2021” will essentially force the FDA to issue CBD regulations.

Oklahoma is one of those states that tolerates the sale of imported CBD as long as the product does not contain THC. Why? Because so many Oklahomans want their CBD that it would be just short of impossible for law enforcement officials to wipe hemp CBD off their maps. And with the highest incarceration rate in the country, the state can’t afford to prosecute and incarcerate people for using a product that by most accounts is perfectly safe.

So YES, Hemp based CBD is legal in Oklahoma!

What about Delta-8 THC in Oklahoma?

A great example of the ever changing evolution of the CBD market is a relatively new product called delta-8 THC. Prior to 2021, few people had ever heard of delta-8 THC. This is essentially a cannabinoid that is similar to the familiar buzz-inducing delta-9 THC except that it’s produced directly from hemp CBD rather than from marijuana. Delta-8 is less intoxicating and less likely to cause feelings of paranoia than the THC found in marijuana. Nonetheless, it does have some intoxicating properties.

Because it’s a form of tetrahydrocannabinol that has mild psychotropic effects, Delta-8 falls into a gray area of CBD laws. Several U.S. states don’t seem to be too concerned with D8, some have regulated or banned it and lawmakers in some other states are looking into doing the same.

However, many U.S. states have regulated, restricted, or banned delta-8 including Arizona, California, Colorado, New York, and Michigan. Furthermore, states such as Illinois and Oregon are reviewing their delta-8 rules. And a delta-8 ban in Texas was lifted after a judge temporarily blocked the state from classifying it as a controlled substance.

Still, more than half of U.S. states allow the sale of D8 outside of marijuana dispensaries including Nevada, Ohio, Florida, Virginia, Pennsylvania, New Jersey, and Massachusetts.

Learn more: What is Delta-8-THC?

Learn more: What Is D8 Good For?

An adult medical marijuana license costs $100 in Oklahoma and is valid for two years from the date it is issued. Patients who are enrolled in Medicaid or Medicare are only required to pay $20.

In order to qualify, a patient must have an ongoing relationship with the recommending physician Recommendation for at least 30 days prior to the submission of their application for an Oklahoma medical marijuana card. 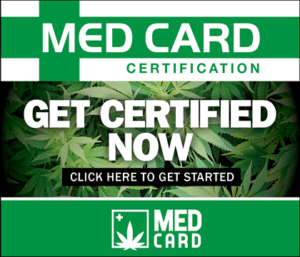 Adult patients who cannot get their own medicine for some reason can have a designated caregiver do so for them. Caregivers must also complete an application.

MMJ Patients who are under the age of 18 can also apply for a medical marijuana card, but must be accompanied by a parent or legal guardian when purchasing their medicine. Cards held by minors are valid for 2 years or until the patient turns 18. The same $100 application fee ($20 for Medicare and Medicaid patients) applies.

Oklahoma’s medical marijuana statutes also provide a path for out of state medical marijuana patients who hold a card in their home state to take advantage of the state’s medical marijuana program by applying for a temporary adult or minor patient license on OMMA’s website. If an out-of-state application is approved, the patient is entitled to the same privileges and protections as residents, however, the license is only valid for 30 days, although it can be renewed.

Oklahoma residents who are eligible for the state’s medical marijuana program can apply on OMMA’s website.

So now you know the severity of the state’s marijuana laws, the question becomes, for medical treatment, do you really need the THC?

Some experts believe, and some studies have shown, that for certain medical conditions the addition of THC to the formula does increase the efficacy of CBD oil. However, this is not true in all cases. Nor is it true for all individuals. Every individual responds to cannabinoid-based therapies differently.

Furthermore, much of cannabis’ medicinal effects depends on another class of compounds found in cannabis called terpenes. These are the chemicals that give marijuana and hemp their distinctive aroma. Every strain has different combinations of terpenes. In addition to being part of the sensual experience of smoking or vaping marijuana terpenes also have medicinal benefits of their own. Moreover, the presence of certain terpenes in the mix can affect how the body responds to cannabinoids. This interaction between all the cannabinoids and terpenes found in a particular strain is known as the entourage effect.

In terms of CBD vs. THC, however, many studies have shown that CBD alone can be quite effective in the treatment of a wide variety of conditions. In fact, the FDA last summer approved a CBD-based drug called Epidiolex for the treatment of certain cases of childhood epilepsy. In order to get this approval, the drug had to undergo multiple clinical trials to prove that CBD is both safe and effective.

Moreover, lawmakers in a number of states, including Oklahoma, after being presented with the evidence, found the case for CBD compelling enough to go ahead and implement measures to make it legal for the treatment of certain conditions.

What Are Oklahoma Marijuana Possession Penalties?

All forms of cannabis and its derivative are illegal in Oklahoma outside of the state’s medical marijuana program. That includes CBD oil made from both hemp and marijuana.

Although CBD oils and other products made with hemp are illegal these products don’t fall under the statutes of the state’s marijuana laws. And, as we mentioned earlier, the state doesn’t seem to have any interest in enforcing those laws except maybe to thwart restaurants and coffee shops from adding CBD to their foods and beverages.

Marijuana is another story. Let’s make this perfectly clear. If you are caught with any amount, no matter how small, of marijuana or cannabis oil derived from marijuana, you could be looking at a fine of up to $1,000 and up to one year in prison. Drug paraphernalia is also illegal in Oklahoma unless you have a medical card.

However, lawmakers are working on legislation which could reduce the penalty for possession of up to 1.5 ounces of cannabis to a $400 civil fine, and it’s quite possible that by the time you read this those measures could be in place.

Even if you are a medical marijuana patient, if you’re busted while driving with THC in your system, you risk losing your license for up to three years and being jailed for a minimum of 10 days up to one year, and in some cases even longer. You might also fail a drug test and lose a job or be disqualified for sports.

A final word of warning. In addition to the fines and jail time, if you’re found guilty of unlawful possession of marijuana or cannabis oil you risk having your property or your vehicles seized by law enforcement officials.

What medical conditions are being treated with CBD oil in Oklahoma?

Here’s a partial list of conditions which are often treated with CBD:

Where can I buy CBD oil in Oklahoma?

Although CBD oil and other CBD products such as CBD edibles, CBD tinctures, CBD topicals/skin creams, and CBD vape pens are technically not yet legal in Oklahoma, they can be purchased in the state. Countless boutiques and shops carry CBD oils and these other CBD-infused products, especially in the larger cities in the state including, Oklahoma City, Tulsa, Norman, and Broken Arrow.

CBD in Oklahoma is not found at the major retailers such as Walgreens and CVS which both recently announced they would be selling CBD products at stores located in other states that are more CBD-friendly.

Also, online shops often offer a much wider array of products than brick and mortar shops. A myriad of CBD products can be mail ordered — everything from the products listed above to CBD honey and CBD cake pops, CBD-infused beverages, and even CBD cotton candy and popcorn. You can also find CBD for pets online.

In the near future, we may see Oklahoma lawmakers lighten up on CBD products, and possibly even, at some point follow the lead of other states and either decriminalize or legalize marijuana. In the meantime, if you’re suffering from one of the above-listed medical conditions, you have a variety of options including purchasing CBD products online and shopping locally in some places. And if you’re qualified for the state’s medical marijuana program you can legally obtain cannabis oils with both CBD and THC at your local licensed dispensary.

Where Can I buy CBD products online?

Yes, there are actually some benefits to buying CBD online. However, be sure to choose only products produced in states that require lab testing for purity and potency. Do your homework. 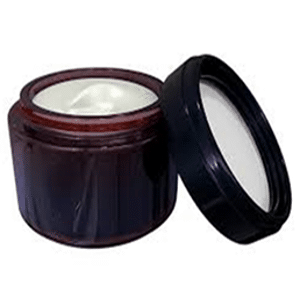 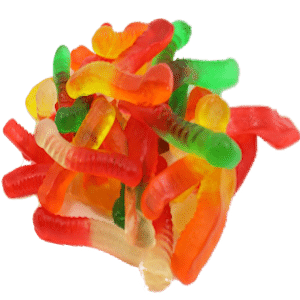 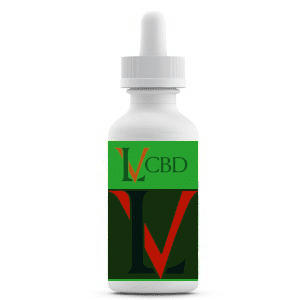 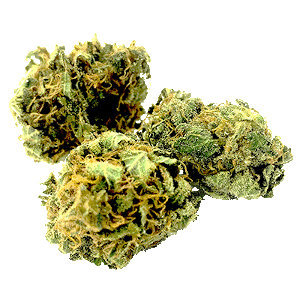 What hemp CBD products are available in Oklahoma?

A variety of hemp-derived CBD products and delivery methods are available: